“Only the knife knows what goes on in the heart of a pumpkin.” Simone Schwarz-Bart 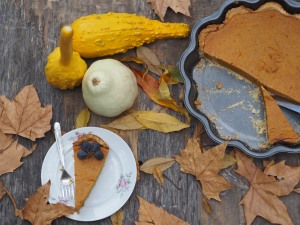 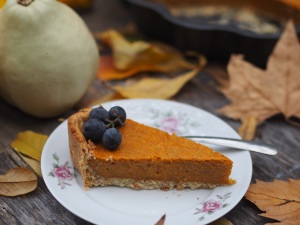 All seasons have their iconic bakes, but the link between autumn and the classic pumpkin pie is surely one of the closest…Majority considers the pie a traditional, straightforward American delicacy but -whilst it fundamentally is from the USA- its historic route had a couple of culinary stops before getting its shining glory in America. Researchers and food historians agree that pumpkins initiated in South America more than 7,000 years ago. Over time a variety of squashes, including pumpkin, became native to the New England area. Americans of this region consumed pumpkin in slices, roasted on hot coals. The English pilgrims took and tweaked the cooking technique, creating a sweeter dish, which is technically a makeshift pumpkin pudding (they hollowed pumpkin and filled it with a mixture of milk, honey and spices before baking in hot ashes). The first pumpkin pie recipe resembling its 21. century cousin was developed the 1650’s in France. Famous 17th century chef ,Francois Pierre la Varenne introduced a recipe for a “pompion” torte, complete with a pastry crust. The latter English variants sometimes included a dried fruits, currants and nuts in the pumpkin filling. Nearly 150 years after the first pumpkin pie recipe was created in France, in 1976 the modern-classic pumpkin pie appeared in the United States. 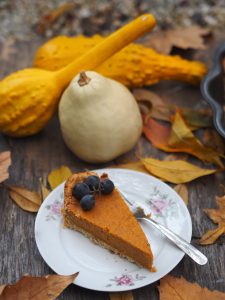 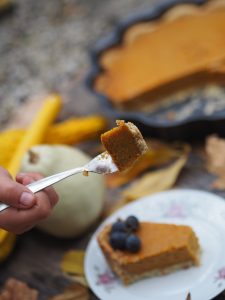 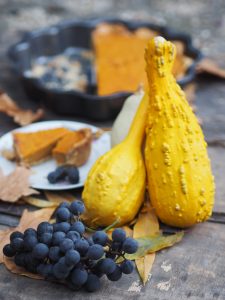 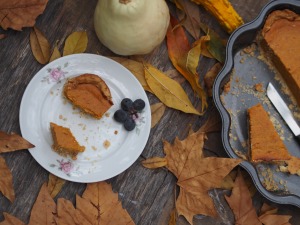 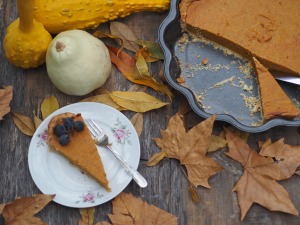 Method
Preheat oven to 200 degrees C. Halve pumpkin and scoop out seeds and stringy parts. Cut pumpkin into chunks. In a saucepan over medium heat, cover the pumpkin with water and bring to the boil. Reduce heat to low, cover and simmer for 30 minutes or until tender. Drain, cool and remove the peel. Return pumpkin to the saucepan and mash with a potato masher. Drain well, and measure 500 g of the mashed pumpkin.
Prepare pastry by mixing together the flour and salt. Rub butter into flour, and add 1 tablespoon cold water to mixture at a time. Mix and repeat until pastry is moist enough to hold together. With lightly floured hands, shape pastry into a ball. On a lightly floured board, roll pastry out. Transfer to a 20 or 23cm pie dish, gently pressing pastry into the bottom. Cut off any excess pastry hanging over the sides of the dish, and pinch pastry securely around the inner edge. Refrigerate for 10 minutes, the prebake for 15 minutes.
In a large bowl with mixer speed on medium, beat pumpkin with evaporated milk, eggs, sugar, cinnamon, ginger, nutmeg and salt. Mix well. Pour into a prepared pie dish. Bake 30-40 minutes or until a knife inserted in the centre comes out clean. 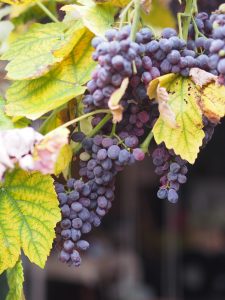 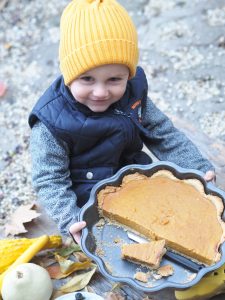 “Vegetables are a must on a diet. I suggest carrot cake, zucchini bread, and pumpkin pie.” Jim Davis

2 thoughts on “The Gold of Autumn: Classic Pumpkin Pie”